The Golden Retriever is recognized for beauty, gentleness, and its desire to please. These traits, and many more, have made Golden’s one of the top 3 most popular breeds in America for years. Their feathered, golden coat is water resistant and can be either wavy or straight. Females range between 55-65 lbs while males are slightly heavier, usually falling between 65-75 lbs.

Originating in Germany around the end of the 19th century, the Doberman Pinscher did not gain widespread popularity in the U.S. until the early 1920’s. They are a mid-sized breed with a sleek, muscular build. Their coat is short, thick, smooth, and can be black and rust, blue and rust, fawn and rust, or red and rust. Doberman’s are a high energy breed who are well known for their guardian skills.

The distinguished, confidant appearance of the German Shepherd is unmistakable. Their coloring varies, with different proportions of rich black and tan shades covering the body. The German Shepherd has a double coat, which grows to be mid-length. The males range in height from 24-26 inches, while the females are between 22-24 inches. They are extremely dedicated companions, but do tend to be wary of strangers.

From its smooth, water resistant coat, to its even temperament and intelligence, the Labrador Retriever’s laundry list of useful characteristics have made it just that over the years, useful. They have been everything from the tow for a fisherman’s boat, the hunter’s companion, and of course, guide dog to the blind. The Labrador is comparable to the Golden Retriever in size. There are three different colors of Labs: black, chocolate and yellow.

The Poodle has been a favorite for decades, no doubt at least partially in thanks to its aesthetic appeal. Their curly, wiry coats come in an array of colors, including: black, chocolate, and even apricot. The Standard Poodle (which is the only Poodle Pilot Dogs uses) must be at least 15 inches in height. They are extremely intelligent, very active dogs, who make wonderful companions for equally active owners.

The Boxer is a medium-sized dog with a short, smooth coat of a fawn or brindle coloring. They are a very athletic breed who were developed for several purposes, including guarding, companionship, and work. Boxers have a generally playful disposition, display patience with children, and show a large amount of loyalty to their owners.

With plenty of energy and an athletic build, the Vizsla makes both an excellent hunter and companion. Their short, dense coat is tight to the body and of a golden rust color. Males are typically between 22-24 inches in height, and females between 21-23 inches. The breed is known for their kind disposition-though they are protective of their master-and ease of training. 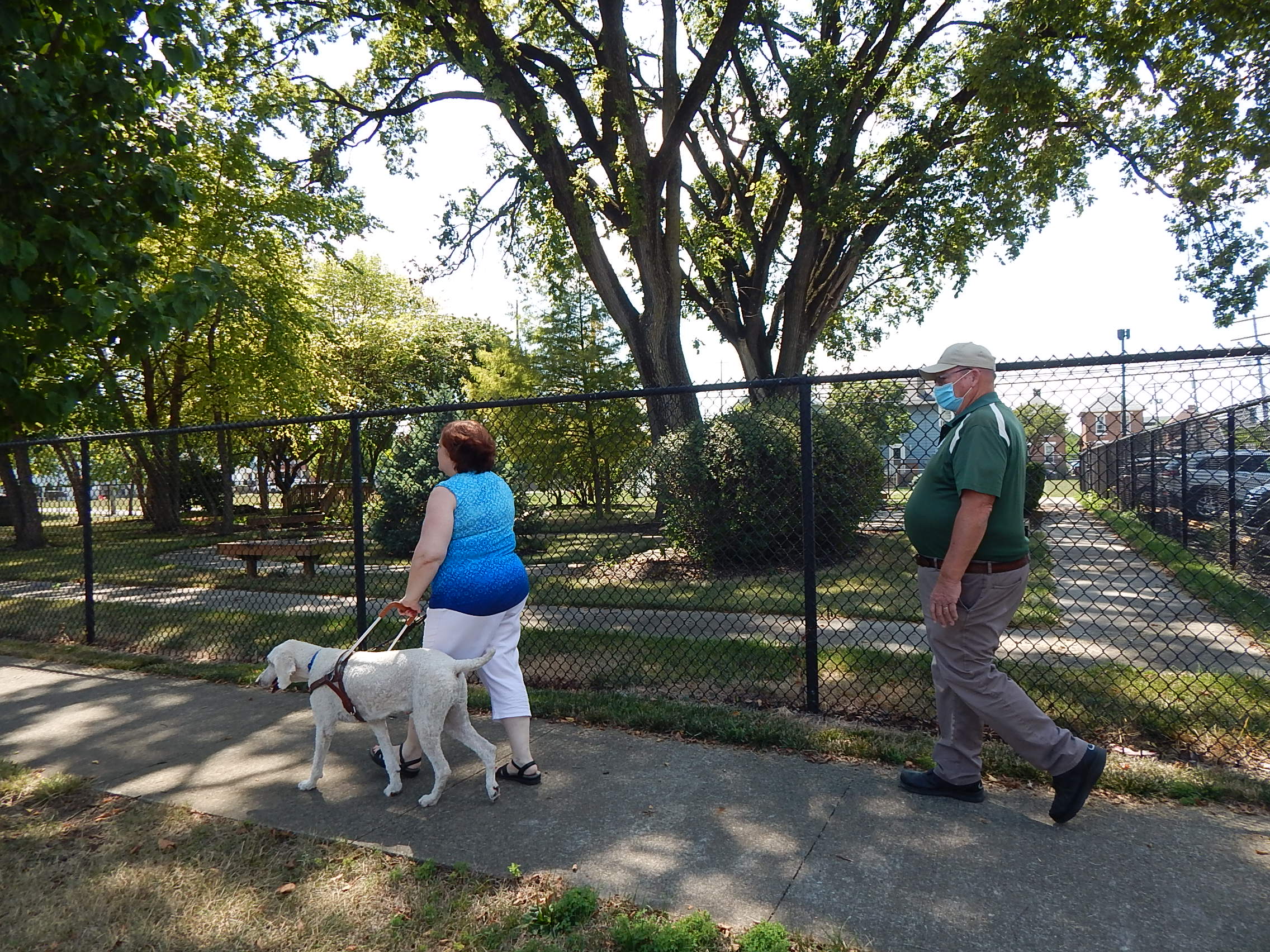 Learn more about the three phases of our program.
Pilot Dog Training Program