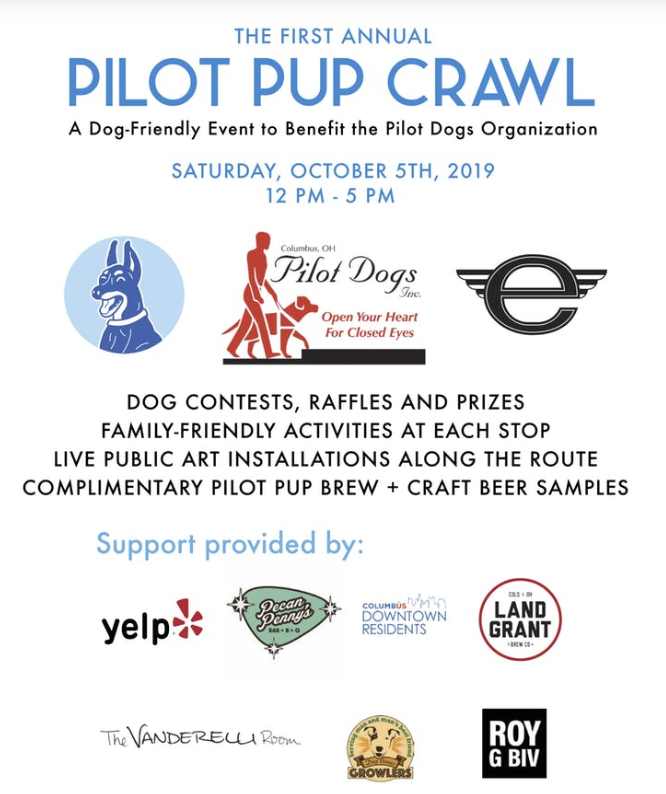 Pilot Dogs and Elevator Brewing Co have partnered to make a “beer” for dogs in which 100% of the proceeds provide guide dogs and training for persons with disabilities.

A "Pup" Crawl to raise funds for the Pilot Dogs Org, a Columbus non-profit dedicated to providing guide dogs for persons with disabilities.

Starting at the Pilot Dogs Organization in Franklinton, the Pilot Pup Crawl will raise funds by exploring some of Columbus’ most dog-friendly patios, before ending at the Downtown Columbus Dog Park. Along the family-friendly route, there will be live art installations, dog contests, raffles, complimentary Pilot Pup Brew, pup treats and craft beer samples.

The Pup Crawl is free to the public, however the opening and closing receptions are limited to just 500 RSVPs.