Adventures in Co-Piloting: This Amazing Story Began All the Way Back In 1961! 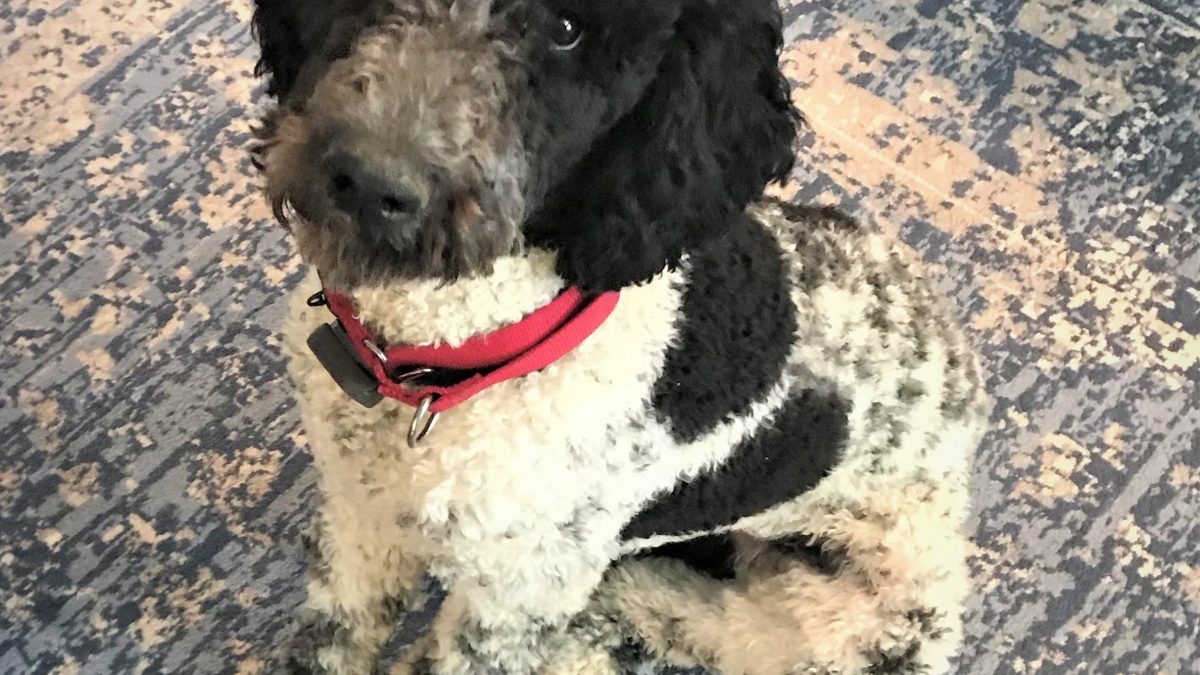 Kelly, a black and white Standard poodle wearing a red collar, sitting and facing the camera.

Welcome to the fifth installment of our “Adventures in Co-Piloting” series, where we share stories submitted from past and present Co-Pilots (puppy raisers)…here is Robert’s story, which begins back in 1961!

I was a traffic scout at Wilson Elementary School in Portsmouth, Ohio in 1961-62.  Each morning I watched a blind gentleman with his amazing German shepherd walking towards Williams Shoe Factory.

My grandmother and mother worked at Williams. My grandmother told me that the man worked close to her and the dog had a bed under his work station.  She said that he was an inspiration to all that worked with him.  I never forgot the image of him and his dog.

Fast forward quite a bit…around 2009, I learned of Pilot Dogs needing puppy raisers.  I applied and was approved, and received Izzy when she was six weeks old.  She went to work with me every day, and we navigated downtown offices and stores during the year she was with us.  One day while at our local bank, I ran into an old friend. He asked about Izzy and what prompted me to do this.  I recounted the story about the man with the dog.  He looked at me profoundly and said “That man was my father. ”

He told me stories about his dad and his several guide dogs.  His dad ran a blind stand at the local post office during World War II, and he caught a lot of flack over having a “German shepherd.” He taught his dog that when asked, “Would you rather be Hitler’s dog or a dead dog?,” the dog would promptly fall to the ground on his back with his legs straight up!  One of the principals at Williams Shoe Factory offered him a job, and he went.  That was a pivotal moment that further reinforced our decision to raise a Pilot Dog.

During the COVID-19 lockdown my wife suggested that we do it again…we applied, and received Kelly. (Photos sent are of Kelly, Izzy, and our personal dog, Bear.) 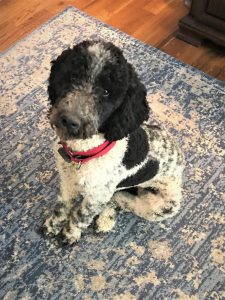 Kelly, a black and white Standard poodle wearing a red collar, sitting and looking up at the camera. 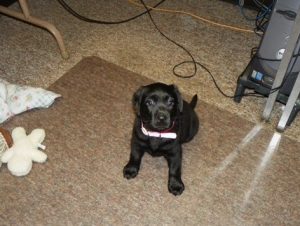 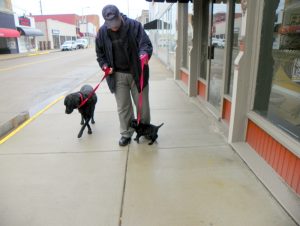 Robert with his dog Bear on the left, an adult black Lab, and Izzy on the right, a black Lab puppy. They are walking together on a sidewalk, towards the camera. 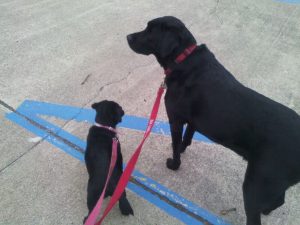 Bear is on the right, an adult black Lab, and Izzy is on the left, a black Lab puppy. They are standing together on a sidewalk, facing away from the camera.